Who should you keep an eye out for in the 2020 golf season? There are plenty of new and upcoming golfers to consider, but the top 5 slots are covered by experienced golfers with plenty of wins and achievements under their belt.

The top of the list is led by Brooks Koepka with Dustin Johnson in tow. Not far behind comes Justin Thomas with nearly 8 average points won, followed by Patrick Cantlay and Tiger Woods. Get more information as to what lead them to their achievements below. 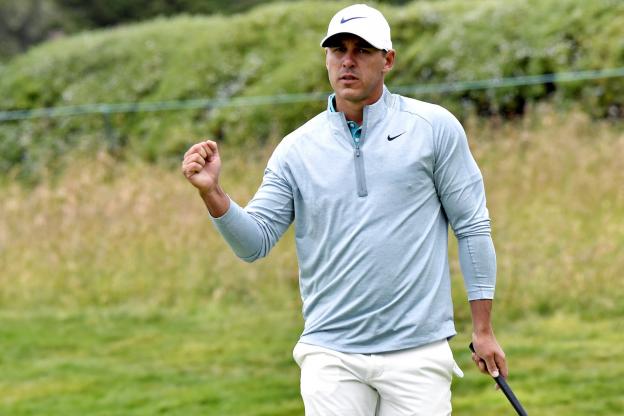 He takes second place among the US golfers with an average of 8.0760 points. During the 2019 season he impressed by earning his 20th career PGA TOUR title during the World Golf Mexico Championships. He has won the TOUR for the 12th consecutive season and for the 11th successive season qualified for the TOUR Championship. In 2019 he became the 4th player that won each of his first 12 seasons of the PGA TOUR. He ranks in achievements along with Tiger Woods, Jack Nicklaus, and Arnold Palmer.

Currently, Justin Thomas is in third place, with 7.87551 average won points. In the 2019 season he qualified for the FedEx Cup Playoffs and won his 10th PGA TOUR title during the BMW Championship. This advanced him to the TOUR Championship for the 4th consecutive season. He tied for 3rd in the FedExCup standings. In this season he also became the 9th player to win 10 TOUR titles before turning 27.

Patrick Cantlay impressed in 2019 with a 7.1339 point average and qualified for the FedExCup Playoffs consecutively for three seasons. Also, at the Memorial Tournament, he earned his second career PGA TOUR title. This season he marked a first in his career, making more than 7 in a season.

He takes the 5th position with a 7.0980 point average. At the Masters Tournament he earned his 15th major championship title and 81st PGA TOUR victory. He finished number 42 for the FedExCup standings. He also advanced to the BMW Championships for the 8th time. However, he failed to have to opportunity to defend his title in the TOUR Championship.

Learning the leader board, getting acquainted with the players, and tracking their game is the first step to making wiser decisions when it comes to betting on golf. Although the leader board will change over time, learning about the history of each player could significantly increase your chances of making wiser choices when betting, or take advantage of a Betfred welcome offer.